There are a few things that one should do when trying to learn the Arabic language:

Arabic is the language of revelation. Thus, it’s study should be taken very seriously.

Understand that this is the language of revelation. Thus, it’s study should be taken very seriously. The signs of this understanding are the following:

1- A checked intention; meaning, constantly observe your inner state. I’ve seen a lot of Western students show off their latest understanding of tamyiz (discernment). Beware of this quality because the Prophet (peace and blessings be upon him) said about this type of person, “The Fire! The Fire.”

2- Have a lot of patience. Ibn Malik, the great scholar of grammar (may Allah have mercy upon him) began his famous book the Alfiya (a thousand line poem on grammar) with the line, “Kalamun Lafdhun Mufidun Kastaqim”.

“Kastaqim” means to be firm and upright. He opened his blessed poem with that line to say to the student, “Istaqim upon the learning of this language”.

In other words, Arabic, if you really want to grasp its secrets, is not hard, but takes time.

A scholar used to say, “The entrance to Arabic is hard and it’s exit is easy”. Thus, don’t try and over-do things. Once a man had studied for 19 years. He said, “I’ve failed to become a scholar. “What have I learned?” Finally, he decided to leave being a student of knowledge and went back to his village. He sat on a stone well and noticed the rope that held the bucket had warn its way through the stone well.

Suddenly he realized something and said to himself, “Seeking knowledge is like this rope. It takes time, but with patience and focus, a rope can rub through stone”.

Thus, you must beg Allah to give you this language.

Remember that learning this language is a means of improving your servitude to Allah. Thus, implore Allah to give it to you.

4- Learning Arabic has a few components:

1) Grammar (Nahw) , Rhetoric (Balagha) and Morphology (Sarf). These are the internal organs of the language, however, know- may Allah have mercy on you, that learning these sciences will give you a technical understanding of the language. Especially if you learn from the classical texts (mutun) in the beginning. Thus, most teachers advise students to start with more basic books, which are current in content, and then later move on to the mutun.

2) Speaking, writing and expression: This is usually the last thing to come. 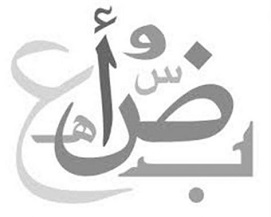 Remember that learning this language is a means of improving your servitude to Allah.

I would advise our brothers to begin and communicate with others as often as possible. Although you’ll make mistakes, and we all do, keep trying. Once, I was sitting with a group of Malaysian students from Al-Azhar. They were very strong in the Arabic and I noticed that they only spoke Arabic. I asked one of them, “Mashallah, what is going on with you brothers?” He told me, “We love to make mistakes in Arabic more than speaking our own language correctly.” Thus, you must practice, practice, practice. What you fail to use, will fail you when you need it.

As per your study I would do the following:

1- Leave the classical books until you can understand them and read them with a teacher. The best books I’ve found for learning how to talk are, believe it or not, children’s books. Their language is always great and there are a lot of conversations which will serve as a great assistant for you in the future.

2- Use a common text book that teaches Arabic such as Kitabul Asassi, the University of Medina series and many others.

3- Try to study in a center in an Arab country. It is very important to remember that a language is a culture. Thus, while living in the culture you will learn the expression of the language in its natural state.

Finally, I would try and memorize some Qur’an and Hadith. Both, and the Qur’an more so, are a means of giving you fasaha (eloquence).