Menstruation is the flow of a type of natural blood from the womb at specific times. This flow of blood occurs every month for six or seven days, and the period may last for more or less than that. In other words, a woman’s menstrual period may last for a fewer or more than seven days depending on the different nature of each woman as predetermined by Allah.

“And they ask you about menstruation. Say, ‘It is harm, so keep away from wives during menstruation. And do not approach them until they are pure. And when they have purified themselves, then come to them from where Allah has ordained for you. Indeed, Allah loves those who are constantly repentant and loves those who purify themselves.’” (Qur’an: AI- Baqarah: 222) 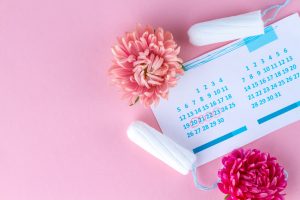 It is prohibited for a menstruating woman either to perform prayer or observe fasting.

It is prohibited for a menstruating woman either to perform prayer or observe fasting. This is because the Prophet (Allah bless him and grant him peace) said to Fatimah Bint Abu Hubaysh:

“Give up prayer when your menstrual period begins.” (Al-Bukhari and Muslim)

Thus, the prayer and fasting of a menstruating woman are deemed invalid, as the Prophet (Allah bless him and grant him peace) has prohibited that. And the Prophet’s prohibition means it is invalid to perform what he has prohibited. Therefore, a woman who performs such acts of worship in that state of impurity is considered to be disobedient to Allah and His Messenger (Allah bless him and grant him peace).

May women make up for the missed prayers and days of fasting?

When the menstrual period is over, a woman has to make up for the missed days of fasting according to the juristic consensus, without making up for the prayers she has missed. ‘A’ishah (Allah be pleased with her) said:

What else is prohibited for a menstruating woman?

It is impermissible for a menstruating woman to make tawaf (circumambulating the Ka’bah), to recite the Noble Quran*, or to stay in a mosque. In addition, it is prohibited for her husband to have sexual intercourse with her until her period is over and she takes a ritual bath. Allah, Exalted be He, says:

“And they ask you about menstruation. Say, ‘It is harm, so keep away from wives during menstruation. And do not approach them until they are pure. And when they have purified themselves, then come to them from where Allah has ordained for you…” (Quran: Al-Baqarah: 222)

The phrase “…keep away from wives during menstruation” means not to have sexual intercourse with them within that period. The Prophet (Allah bless him and grant him peace) also said:

“You can do everything (with your wives during menstruation) except sexual intercourse (or ‘copulation,’ as in another version).” (Related by the Group of Compilers of Hadith except Al-Bukhari)

A  husband of a menstruating woman may enjoy her by kissing, touching, and the like, except for having sexual intercourse with her.

What is the legal ruling on divorce during menstruation?

Likewise, it is impermissible for the husband of a menstruating woman to divorce her before her menstrual period is over, as Allah says;

“O Prophet when you [Muslims] divorce women, divorce them at [the commencement of] their waiting period…” (Quran: At-Talaq: 1)

That is, when they become pure (from menstruation, sexual intercourse, etc.). Also, the Prophet (Allah bless him and grant him peace) ordered a man who had divorced his wife during her menstrual period to take her back and to divorce her (if he insisted) when her period was over.

What must a woman do after the end of her menstrual period?

Once the menstrual blood stops discharging, a woman becomes pure and her menstrual period is deemed over. She must then take a ritual bath. After that, she is allowed to do whatever acts of worship which were prohibited for her during menstruation.

What is the legal ruling on secretion and yellowish discharge?

After blood stops discharging, a woman does not have to be concerned about any secretion or yellowish discharge. The following hadith supports this. On the authority of Umm ‘Atiyyah (may Allah be pleased with her) who said:

Al-Bukhari and other compilers of Hadiths related the above mentioned hadith. Moreover, it is deemed a marfu’ (Traceable) hadith, for the Prophet (Allah bless him and grant him peace) approved of its content.

When may women start performing prayer?

If the discharge of a woman in a state of menstruation or postnatal bleeding stops before sunset, she must perform both the Dhuhr (Noon) and the ‘Asr (Afternoon) Prayers of the same day. Likewise, if the discharge stops before dawn, she must perform both the Maghrib (Sunset) and the ‘Isha’ (Night) Prayers of the same night. This is because the time of prayer for the latter is a permissible time of prayer for the former in case of a legal excuse. Shaykh al-Islam Ibn Taymiyah (may Allah have mercy on him) said:

What is the legal ruling if a woman do not perform prayer at the very beginning of its specified time and her period arrives before she can perform it?

If a woman starts discharging before she can perform an obligatory prayer at its specific time, the preponderant opinion is that she is not required to make up for such a prayer after her discharge stops. In this respect, Shaykh al-Islam Ibn Taymiyah (may Allah have mercy on him) said:

“The opinion of the Hanafi and Maliki Schools is the most cogent; as they maintain that a woman is not required to make up for such a missed prayer after her discharge stops. This is because making up for such a prayer necessitates a new legal command, and there is none in this case. Her delay of prayer is based on a legal excuse, so she is not to blame, as the delay is not out of negligence.

If a Muslim oversleeps or forgets to perform a prayer at its due time, though it is not out of negligence, the time of prayer starts for him when he gets up or remembers. Thus, his prayer is not considered a way of making up for a missed one.”

*: Some scholars hold the opinion that a menstruating woman may read the Gracious Quran. However, she may not touch or hold the Mus-haf (a written or printed copy of the Quran) with bare hands, namely, she can wear gloves or read from a smartphone, etc. Narrated `Aisha:

I was menstruating when I reached Mecca. So, I neither performed Tawaf of the Ka`ba, nor the Tawaf between Safa and Marwa. Then I informed Allah’s Messenger (ﷺ) about it. He replied, “Perform all the ceremonies of Hajj like the other pilgrims, but do not perform Tawaf of the Ka`ba till you get clean (from your menses).” (Al-Bukhari)