Duha means the morning sunshine or forenoon. This time is so blessed that there is a surah (chapter) of the Gracious Quran that starts with the oath of Allah swearing by al-Duha and the night. Allah says,

Some scholars interpret the word “duha” to mean the day thinking that it is the antithesis of night in the second verse. However, the other more preferred opinion is that it means only forenoon or the morning sunshine. Scholars who adopt the latter opinion use the following verse to support their opinion. Allah says,

“(Moses) said: Your appointed time is the Day of Festival, at (Duha) mid-morning, while the people are assembled.” (Quran 20:59)

Concerning the Duha Prayer, Ibn ‘Abbas (Allah be pleased with him and his father) used to name it ‘the Sunrise Prayer’.

In the technical usage al-Duha refers to a specific time that starts about 10 or 15 minutes after sunrise and finishes 10 or 15 minutes before the Dhuhr (noon) prayer or before it’s high noon i.e. when the sun starts to move from its highest point in the sky towards the direction of the sunset. 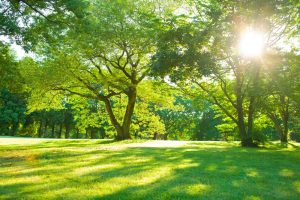 The duha time is so blessed that there is a surah (chapter) of the Gracious Quran that starts with the oath of Allah swearing by al-Duha and the night.

The virtues of the Duha Prayer

1. Performing the Duha prayer acts as an act of thankfulness to Allah for He has blessed us with wellness. Abu Dharr (May Allah be pleased with him) reported:

I heard the Messenger of Allah (ﷺ) say: Allah, the Exalted, says: Son of Adam, do not be helpless in performing four rak’ahs for Me at the beginning of the day: I will supply what you need till the end of it. (Abu Dawud, Al-Tirmidhi and Ahmad)

3. Prophet Muhammad (Allah bless him and grant him peace) instructed and encouraged some of his companions to perform it. Abu Hurairah (May Allah be pleased with him) reported:

My friend (the Messenger of Allah) (ﷺ) directed me to observe fast for three days in every month, to perform two rak’ahs (optional) Duha prayer at forenoon and to perform the Witr prayer before going to bed. (Al-Bukhari and Muslim)

Did Prophet Muhammad (Allah bless him and grant him peace) use to perform the Duha Prayer?

Scanning the Sunnah of Prophet Muhammad (Allah bless him and grant him peace), one finds out that there are some contradictory evidence concerning this matter. Let us consider the following hadiths: Narrated `Aisha:

Allah’s Messenger (ﷺ) used to give up a good deed, although he loved to do it, for fear that people might act on it and it might be made compulsory for them. The Prophet (ﷺ) never prayed the Duha prayer, but I offer it. (Al-Bukhari and Muslim) This is the wording of Al-Bukhari.

The Messenger of Allah (ﷺ) used to perform four rak’ahs of Duha prayer (at the forenoon) and would add to them whatever Allah wished. (Muslim)

To reconcile such contradictory hadiths, scholars of hadith hold the opinion that the latter hadith is shadh (anomalous). This is because a number of the companions relate that Prophet Muhammad did not use to perform the Duha Prayer. However, He does encourage Muslims to perform Duha prayer.

Why did the Prophet (Allah bless him and grant him peace) make it recommended to perform the Duha prayer while he did not use to perform it?

One of the best answers to this question is as follows. Scholars believe that Prophet Muhammad (Allah bless him and grant him peace) would choose to perform only the night prayer. However, in case he missed the night prayer, he would offer twelve rak’has in the forenoon. In addition, when the Prophet (Allah bless him and grant him peace) was back from travels, he would usually arrive in the forenoon and would start with entering the mosque and offering two rak’ahs.  On the Liberation of Makkah Day, he offered eight rak’ahs

How many rak’ahs a Muslim may offer for Duha Prayer?

However, according to the verbal Sunnah, a person may offer as many rak’ahs as he or she wishes.

When is the best time to offer Duha Prayer?

A Muslim may perform the Duha prayer any time from about 10 or 15 minutes after sunshine to 10 or 15 minutes before noon. However, the best time is the hottest. In Middle Eastern countries, it becomes very hot at about 9, 10, or 11 am. Zaid bin Arqam (May Allah be pleased with him) reported:

I saw some people performing Duha (prayers) in the early forenoon and warned them (saying): These people must know that performing prayer a little later is better. The Messenger of Allah (ﷺ) said, “The Salat (prayer) of the penitent is to be observed when the young ones of camels feel the heat of the sun (i.e., when it becomes very hot).” (Muslim)