Spouses are partners in life. In life’s different conditions, they are friends for better or worse, in prosperity and adversity, in poverty and richness, and in hopes and pains. When a good husband marries a good wife, she becomes the best consort and friend he has won.

Our Prophet Muhammad (peace be upon him) was one of those whom Allah chose for them the best of women. Allah chose for His Messenger the best and most virtuous women to be his wives. Thus, they were the best wives to the best husband ever. Of his pure wives was Khadijah (may Allah be pleased with her)

Khadijah (may Allah be pleased with her) was a model of purity and chastity that every Muslim woman may be inspired to emulate. A Muslim woman should learn that from her as well as how to choose a husband, how to help solve the husband’s problems and how to allay his concerns and sorrows. Moreover, a wife should learn about her husband’s past life and benefit from it for a better present and future. Khadijah (may Allah be pleased with her) was also a model of unique sacrifice for advocating the truth, offering tangible and intangible support for the Islamic Call after accepting it right away and without hesitation.

The life of our Mother Khadijah (may Allah be pleased with her) was filled with causes of righteousness for Muslim women to emulate. She is like a school whose successful graduates are those women who would like to be good wives, successful preachers, ascetic worshippers and businesswomen who uses their wealth to advocate the truth. 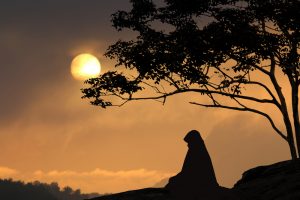 Allah chose for His Messenger the best and most virtuous women to be his wives.

Her biography and behavior:

Her name is Khaidijah bint Khuwailid ibn Asad ibn ‘Abd al-‘Uzza ibn qusai. She was from the tribe of Asad from Quraish. She was the Prophet’s wife and the first to believe in his prophethood and accept Islam. The prophet (peace and blessings of Allah be upon him) married her maybe 15 years or over before his prophethood. The reason why she wanted to marry the Prophet (peace be upon him) was his good behavior which was very well-known among the people of Makkah.

Khadijah (may Allah be pleased with her), who was older than the Prophet (peace be upon him), gave birth to all his children except Ibrahim. She was honest, forbearing and wealthy. After she had become a widow, every noble man from Quraish wanted to marry her. When the Prophet (pace and blessings of Allah be upon him) used to travel to trade for her, the profits increased. Later, she wanted to marry him. So, she sent Nafisah bint Umayah who said to him, “why don’t you marry?” “I have nothing.” he replied. “What if you needn’t have anything as you are invited to marry a wealthy, beautiful and an efficient woman?” she suggested. “Who is she?” he asked. “Khadijah” she answered. Thereupon, he agreed.[i]

3. She sacrificed her wealth in order to advocate the truth

4. She loved the Prophet (peace and blessings of Allah be upon him) and gave preference to his pleasure

5. Chastity and purity; she was nicknamed “the Pure” in the pre-Islamic period.

1. Khadijah (may Allah be pleased with her) was the first person ever to believe in the Prophethood of Muhammad (peace and blessings of Allah be upon him)

2. She was given glad tidings of Paradise while she was still alive. Narrated Abu Huraira: Gabriel came to the Prophet (ﷺ) and said, “O Allah’s Messenger (ﷺ)! This is Khadija coming to you with a dish having meat soup (or some food or drink). When she reaches you, greet her on behalf of her Lord (i.e. Allah) and on my behalf, and give her the glad tidings of having a palace of hollowed pearls in Paradise wherein there will be neither any noise nor any fatigue (trouble).” (Al-Bukhari and Muslim)

3. Allah and the archangel Gabriel greeted her.

4. The best of Muslim women

5. She gave birth to all the children of the Prophet (peace and blessings of Allah be upon her) who said, “Khadija was such-and-such, and from her I had children.” (Al-Bukhari and Muslim)

The Prophet rewarded her for all these favors:

1. He did not marry a second wife until she had died.

2. He loved her so much and did not forget her virtues and favors

Allah’s Messenger (ﷺ) said: Her love had been nurtured in my heart by Allah Himself. (Muslim)

3. He felt great sorrow over her death.

4. He always remembered her even after her death

Narrated ‘Aisha: “Once Hala bint Khuwailid, Khadija’s sister, asked the permission of the Prophet (ﷺ) to enter. On that, the Prophet (ﷺ) remembered the way Khadija used to ask permission, and that upset him. He said, “O Allah! Hala!” So I became jealous and said, “What makes you remember an old woman amongst the old women of Quraish an old woman (with a teethless mouth) of red gums who died long ago, and in whose place Allah has given you somebody better than her?” (Al-Bukhari and Muslim)

5. He kept good ties with her friends as an act of loyalty to her.

Narrated `Aisha: I did not feel jealous of any of the wives of the Prophet (ﷺ) as much as I did of Khadija though I did not see her, but the Prophet (ﷺ) used to mention her very often, and whenever he slaughtered a sheep, he would cut its parts and send them to the women friends of Khadija. When I sometimes said to him, “(You treat Khadija in such a way) as if there is no woman on earth except Khadija,” he would say, “Khadija was such-and-such, and from her I had children.” (Al-Bukhari)

A sad incident and its date:

The Messenger of Allah (peace be upon him) led a life of ease and comfort with Khadijah (may Allah be pleased with her). He found tranquility, peace of mind and solace with her. She helped him in facing all the difficulties of life so she was a joy to the eye for him. However, death is certain and it is a destiny that can never be postponed. Khadijah (may Allah be pleased with her) died on 10 Ramadan in the 10th year after prophethood. It was also said that she died before that.

The Prophet (peace and blessings of Allah be upon him) felt great sorrow and pain at that because he lost the one who used to help and support him. He lost a beloved wife who was with him in times of prosperity and adversity for twenty five years. His sorrow increased as it wasn’t a long time since his uncle Abu Talib had died. His uncle also used to defend and protect him especially outside whereas Khadijah used to support him especially inside the house.

Lessons to be learned from this incident:

1. No matter how strong love is, death can cause people to break up. So, love whoever you wish, you will break up one day. However, the content and patient believer will be rewarded for this.

2. Sorrow which is not accompanied by words or actions that contradict patience is permissible. The Prophet (peace and blessings of Allah be upon him) felt sorrow at the death of Khadijah (may Allah be pleased with her)

3. One feels greater sorrow at the death of a person whose life is filled with acts of charity and goodness.

4. The death of a good wife remains a deep wound that memories, similar incidents and voices keep reopening.

5. What our mother Khadijah (may Allah be pleased with her) has done to support and help Prophet Muhammad (peace and blessings of Allah be upon him) as well as her good qualities make us hold her in high esteem and to respect and praise her.