Tawbah (repentance) is an Arabic word which means in language to return. In the technical usage of the term, it means to return from disobedience of Allah’s commands to His obedience.

The greatest and most important kind of repentance is to desist from disbelief and revert to belief in Islam. Allah says,

“Say to those who disbelieve that if they desist (from unbelief) what (they have done) in the past shall be forgiven them.” (Quran 8:38)

Then, repenting of major sins comes second in importance. Next is the third kind which is to repent of minor sins. 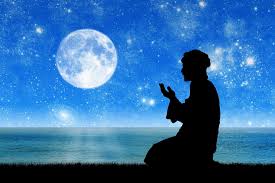 “But turn all together to God in repentance, O you believers, so that you may be successful.”

It’s obligatory to repent of all sins. There are many proofs from the Quran, the Sunnah and also the Consensus that indicate the obligation of tawbah (repentance). Allah says,

“Moreover, you shall (all) seek forgiveness from your Lord. Then repent to Him.” (Quran 11:3)

“But turn all together to God in repentance, O you believers, so that you may be successful.” Quran 24:31)

“O you who believe! Repent to God with a most sincere repentance.” (Quran 66:8)

Al-Agharr al-Muzani who was from amongst the Companions of Allah’s Apostle (ﷺ) reported that Ibn ‘Umar stated to him that Allah’s Messenger (may peace ‘be upon him) said:

Some scholars add this stipulation to the most famous ones discussed below while others think that it is implied in other stipulations.

Observing this stipulation here means the penitent person must intend to seek the Face of Allah. Moreover, he or she hopes that Allah will accept his or her repentance and forgive whatever acts of disobedience he or she has committed. If one’s intention is to make a show to deceive people, such repentance is invalid.

2. Feeling deep regret and sorrow for having committed acts of disobedience

Compunction is the feeling that shows the person’s repentance is truthful. The person who does not feel regret about the past sins he or she has committed but brags about committing them, his or her repentance will definitely not be accepted.

3. Giving up the sin

Sins include not fulfilling duties or obligatory acts of worship and/ or committing prohibited acts of disobedience. For instance, if a person does not perform obligatory prayer or does not give zakat (almsgiving), he or she must fulfill these pillars so that his or her repentance can be valid and accepted. On the other hand, if a person drinks alcohol or deals in usury, he or she must give up these sins immediately.

4. Firmly resolving not to commit such sins again

If a person repents with the intention to commit the same sin again when he or she has the chance, such repentance will not be accepted as the person is not truthful or sincere in his or her repentance.

However, if the penitent person duly fulfills this stipulation with a sincere intention and resolve not to commit such sins again but was later on overcome by his or her weaknesses, his or her repentance will still be sincere and valid. Such person should not despair or give up repenting to Allah because that’s exactly what the Satan wants. The Muslim person should always renew repentance every time he or she indulges in acts of disobedience. It doesn’t matter how many times a person is overcome by his or her weaknesses so long as he or she is truthful and sincere in repentance.

5. To give people their rights back

If the sin has to do with people’s rights, then this extra condition must be fulfilled. This stipulation includes preserving the right of other people whether they are Muslims or not. Repentance will not be valid so long as this stipulation is not fulfilled. Among the most important human rights is to protect people’s lives, honor or reputation and property.

a. Acts of disobedience related to people’s lives

These include homicide, which is one of the gravest and extremely major sins, suicide, acts of aggression, beating or any kind of harm directed towards others. To repent of such crimes or sins, the person must seek the offended people’s pardon. The offended person may choose to get retribution, accept blood money or to pardon. Allah says,

“For the recompense of a misdeed shall be a misdeed like it. Yet one who (instead) pardons (an offender) and sets things aright, his reward shall be with God. (For), indeed, He does not love the wrongdoers.” (Quran 42:40)

b. Acts of disobedience related to honor or reputation

These include backbiting, slander, libel and any action that involves defamation or using swear words.

In any of these cases or similar ones, the offender must seek the offended people’s pardon so that his or her repentance can be accepted.

c. Acts of disobedience related to other people’s property

These include stealing, usury, bribes, deception and any misappropriation of people’s wealth by using wrongful means.

6. Repentance must take place in a time when it can be valid

Any person can always repent to Allah at any time except in two cases:

a. At the time of death, repentance becomes invalid.

An example of this is the repentance of the pharaoh of Egypt who showed repentance while drowning in the middle of the sea. In general, the repentance of a person who has become certain of his or her near death is out of place. Allah says,

Yet there is (acceptance of) repentance with God only for those who do evil out of ignorance then repent soon after. It is to such as these whom God will grant repentance. And ever is God all-knowing, all-wise. But there is no repentance for those who (continue to) do (great) sins until, when death approaches one of them, he says: I do, indeed, repent now! Nor (is there repentance) for those who die while they are disbelievers. For such as these, We have made ready a most painful torment. (Quran 4:17-18)

b. When the sun rises from the west, Allah will no longer accept repentance.

“On a Day when some (of the awesome) signs of your Lord shall come (at the end of time, sudden) belief will not benefit a soul that has not believed before, nor (a soul that has not) earned any good from its belief Say (to them): Wait! Indeed, we too are waiting.” (Quran 6:158)

Narrated Abu Huraira: Allah’s Messenger (ﷺ) said, “The Hour will not be established until the sun rises from the West: and when the people see it, then whoever will be living on the surface of the earth will have faith, and that is (the time) when

So, repentance must take place in a time when it can be valid and accepted so that the penitent can benefit from it.