As Christmas is celebrated all over the world, it will come as a real surprise to many people that Muslims have any regard for Jesus at all.

Most people have no idea that Jesus has any part in Islam. And yet, for Muslims not only is Jesus revered as a Prophet of Islam, but whenever his name is mentioned, they will add the words “peace be upon him.”

Far from being a “foreign” religion, Islam teaches that all prophets in the Old Testament actually brought a message from Almighty God, Allah, to His people, and Muslims respect the same prophets revered by Christians and Jews.

Whilst Christians and Muslims believe very different things about Jesus, it is nonetheless a very useful starting point to know that both religious traditions honor Jesus as a very special person. In fact, it would be quite acceptable for Muslims to include the name of Jesus in their Shahadah, or declaration of faith. 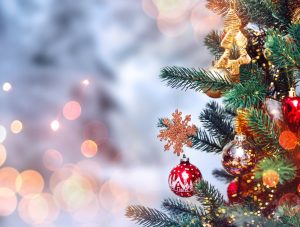 As people throughout the world celebrate Christmas, it might be a very good way of building bridges between people of faith if Muslims were to let others know just what Islam teaches about Prophet Jesus.

Jesus (peace be upon him) in Islam and in Christianity

That being said, the Jesus revealed in Islam is in many ways quite different from the Jesus many Christians have come to know. The foremost difference is that Jesus is not considered by Muslims to be the son of God.

The next major difference is that Muslims do not believe that he died on the cross to save people from their sins.

They take their belief from what Allah tells them in the Quran. For example, regarding who Jesus was, we read:

O People of the Book! Commit no excesses in your religion: Nor say of Allah aught but the truth. Christ Jesus the son of Mary was (no more than) a messenger of Allah, and His Word, which He bestowed on Mary… (Quran 4:171)

And we also read:

{Christ the son of Mary was no more than a messenger; many were the messengers that passed away before him. His mother was a woman of truth. They had both to eat their (daily) food. See how Allah doth make His signs clear to them; yet see in what ways they are deluded away from the truth! (Quran 5:75)

Regarding Jesus’ death, we read in the Quran:

And they said we have killed the Messiah Jesus son of Mary, the Messenger of God. They did not kill him, nor did they crucify him, though it was made to appear like that to them… (Quran 4:157-158)

An Authentic Narrative about Jesus

It is important for us to understand why Muslims believe a different narrative about Jesus, rather than the one accepted by many Christians. Muslims in fact believe that the words about Jesus in the existing gospels are not the actual words revealed about him by Allah.

They believe, instead, that Almighty God, Allah, has spoken to His creation down through the centuries through prophets. Some of these prophets had books revealed to them. Prophet Moses, for example, had the Torah revealed to him, just as Prophet Jesus had a message revealed to him known as the Injeel.

Muslims believe that neither of these books now exist in the form in which they were originally revealed because they have been altered, either deliberately or accidentally, over time. Allah never intended these messages to last, since they were for a particular people at a particular time in their history.

The Quran revealed to Muhammad, however, was intended for all people and for all time. It is the fullness of revelation, affirming all that is correct of what had gone before and correcting all that had become unclear about previous revelation.

The Message of Jesus in Quran

The Quran, then, has a different nativity narrative for the birth of Jesus and a completely different approach to who Jesus was. Jesus according to the Quran, was “no more than a messenger,” delivering God’s words to mankind. Unlike prophets before him, he was given the gift of miracles, but these miracles were a manifestation of the power of God, not of Jesus’ own power.

The message of Jesus was the message given to all prophets before him: that God is One and that He deserves to be worshipped in a particular way. By following the “straight path” people can come to get to know God better. This is the message confirmed in the Quran and is what has come to be known as Islam today. For Muslims, Jesus is a Messenger of Islam.

Stories like the Good Samaritan and the Sermon on the Mount, for example, do not appear in the Quran so Muslims have no way of knowing who wrote them. Since they don’t actually disagree with Islamic teaching we cannot say they are wrong, but we remain unclear about where they came from.

In other words, much of Jesus’ so-called teaching, as narrated by the New Testament, sits very comfortably with the principles of the Quran, but is not to be found as divine revelation in the Quran itself.

As people throughout the world celebrate Christmas, it might be a very good way of building bridges between people of faith if Muslims were to let others know just what Islam teaches about Prophet Jesus. This shouldn’t be done in a way that offends the belief of others. After all, disagreeing is not the end of the world!

If people could understand one another more and agree to differ on certain matters of belief, our world would be a much better place.

Christians would have us believe that “Peace” is the central message of Christmas. As Muslims we say “Amen” to that, since “Islam” itself comes from a root word that means “Peace” and Prophet Jesus came to teach the message of Islam.