Hajj (Pilgrimage) is considered one of the pillars and major acts of Islam; Allah (Exalted be He) says: 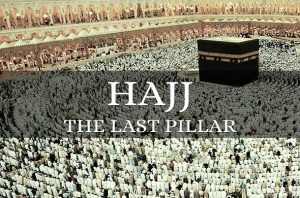 Allah has made an obligation on Muslims to perform Hajj to Makkah.

And (due) to Allah from the people is a pilgrimage to the House – for whoever is able to find thereto a way. But whoever disbelieves – then indeed, Allah is free from need of the worlds. (Aal `Imran 3:97)

That is to say, Allah has made an obligation on Muslims to perform Hajj to Makkah, as indicated in the word “due” in the aforesaid verse. In the same verse, Allah refers to those who abandon this act of worship as disbelievers, saying:

But whoever disbelieves – then indeed, Allah is free from need of the worlds. (Aal `Imran 3:97)

All this confirms that Hajj is an obligatory act of worship and whoever does not believe in it is uniformly agreed to be a disbeliever.

Moreover, Ali ibn Abi Talib (may Allah be pleased with him) narrated that the Prophet (peace be upon him) said:

“Whoever has the provision and the riding animal (or the means) that can carry him to the House of Allah (i.e. the Ka`bah) and he does not perform Hajj), then it does not matter if he dies as a Jew or a Christian.” (At-Tirmidhi)

The Prophet (peace be upon him) also said:

“Islam is based on five (pillars): (1) testifying that there is no deity but Allah and that Muhammad is the Messenger of Allah: (2) performing the (compulsory congregational) prayers dutifully and perfectly; (3) paying Zakah; (4) observing fasting during the month of Ramadan; (5) performing Hajj (Pilgrimage) for those who can afford it.” (Al-Bukhari and Muslim)

The phrase “who can afford it” implies a condition on whom performing Hajj is obligatory; that one must have enough provisions and means of transportation to travel to Makkah and return back to one’s folks.

That they may witness benefits for themselves and mention the name of Allah on known days over what He has provided for them of (sacrificial) animals. (Al-Hajj 22:28)

Then let them end their untidiness and fulfill their vows and perform Tawaf around the ancient House. (Al-Hajj 22:29)

In other words, the people are the beneficiaries from Hajj, not Allah, because Allah if free from need of the worlds. (Aal `Imran 3:97) Allah is by no means in need of the pilgrims, unlike the pilgrims who are in need of the Lord to glorify and worship. It is the people who need Allah. So they come to visit His House seeking His aid to satisfy their needs.

The obligation of Hajj is decreed as the last pillar of Islam, after Prayer, Zakah, and Fasting. This is because prayer, the basic pillar of religion, is performed five times a day, so it has to be the first pillar of Islam. Zakah has to come next as it is always combined with prayer in many Qur`anic verses.

Similarly, fasting follows them, as it is regularly observed, but once a year. On the other hand, Hajj was prescribed in Islam in the ninth year A.H. (i.e. after the Prophet’s Hijrah (Immigration to Medina) according to the majority of scholars.

The article is an excerpt from the author’s book “A Summary of Islamic Jurisprudence”.

One feels amazed by the degree of detailing in the description of the Prophet’s physical features. The scholars talked about his external traits in the minutest way.

His body was moderate in everything. He was neither too tall, nor too short, but average height.

Thus, they described the hair on his head. It was neither tightly curly nor completely straight, but between the two. At times it would grow until it reached his shoulders, and at others he would cut it to the level of half the ears. And he took good care of it:

Aisha said that “when he was combing his hair, it was like paths of sand being furrowed by that comb”. (Al-Bayhaqi))

Um Hani’ reports that ‘the Messenger of God once came to Mecca, and he had four braids’. (Ahmad, Abu Dawud, At-Tirmidhi)

In another report, she says: “I saw four braids in the hair of the Messenger of God”. (Ahmad, Abu Dawud, At-Tabarani)

His face was also meticulously portrayed. He had a round face (Muslim, Ibn Hibban), not a complete roundness, but it was like the moon when it is complete. And it was white with a slight ruddiness, as if the sun or the moon were running in it. (Ahmad, Muslim, Al-Bayhaqi) He also had a broad forehead.

Aisha said: ‘The Messenger had a spread out forehead. When it appeared from among the hair, or he would look at us at daybreak or at the onset of the night, or when he turned up to face people, they would see as if the light of a lantern were twinkling on his forehead’. (Al-Bayhaqi, Ibn `Assakir)

He also had a thick beard. (Ahmad, Muslim, Ibn Hibban) Yet it was neither too long nor too short. He made a point of combing it, cleaning it, anointing it and perfuming it. (Ahmad, Al-Bukhari, Muslim, An-Nasa’i, Ibn Hibban)

His body was moderate in everything. He was neither too tall, nor too short, but average height. (Ahmad, Al-Bukhari, Muslim)

As for his clothing, he was not particularly strict on garments. He would not ask for what was not to be found, nor refute what was at hand. He put on a gown imported from Levant. (Ahmad, Al-Bukhari, At-Tirmidhi, Ibn Majah)

And he put on a cloak and a wrapper. (Ahmad, Al-Bukhari, Muslim) He used to like good, clean clothing. But he did not exaggerate in it and dressed without the least sense of pride. He never wore long clothes. He warned people against it, especially if it was accompanied by vanity. He said: ‘God turns away from one who drags his clothes out of vanity’. (Ahmad, Al-Bukhari, Muslim, Abu Dawud, At-Tirmidhi)

The Prophet was the best exemplar of simplicity, and hated vanity and arrogance. His constant aim was to remain close to the people in his nutrition, clothing, transport, and when sitting. One day he slept on a bed which left its traces on the side of his body (Ahmad, Al-Bukhari, Muslim) because there was nothing thick between him and the bed. He would often sit on the ground, eat on the floor, and sit on a straw mat. (Ahmad, Al-Bukhari, Muslim)

One day, Mulaikah, Anas iin Malik’s grandmother, invited the Prophet over to share a meal which she had prepared in his honor.

He answered and ate of the food, then said: ‘Stand up so you can pray behind me’. Anas said: ‘So I brought a straw mat which had grown black with use. I sprayed it with water, and then the Prophet stood on it. The orphan and I stood behind him, and the elderly woman behind us. He prayed two rak’has and then he left.’ (Ahmad, Al-Bukhari, Muslim, Abu Dawud, An-Nasa’i)

The mountains would have been made gold and silver for him if so he had wished. Yet what he loved was simplicity (Ahmad, At-Tirmidhi, At-Tabari) and spontaneity. He stayed away from affected behaviour. He preferred to be close to the people and be one of them, never assigning on them tasks beyond their capacity.

The article is excerpted from the author’s book “In the Company of the Prophet (God’s Chosen Messenger)”.