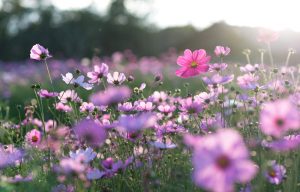 What does it mean to be Muslim?

It is a striking question, especially when a Catholic – such as myself – considers it after years of research on Muslim-Christian relations. One matter which has struck me in my experiences with Muslims is the sanctity of life that so many of them hold dear in their hearts and minds.

Yet, many people are not able to view the Islamic tradition so favorably. In a country like the United States, the level of anti-Muslim sentiment has hit record highs.

Some U.S. citizens views acts like suicide bombings, carried out by Muslims worldwide, as true reflections of Qur’anic teachings and the life of Prophet Muhammad.

Are these beliefs correct? Where exactly did Muhammad stand on issues such as suicide and the preservation of human life? And what does Islamic scripture say about these matters?

Any discussion on the alleged permissibility of suicide bombings in the Islamic tradition must begin with the following verse of the Qur’an:

Another verse clearly states that killing – whether it is one’s self or another human being – is forbidden:

The Qur’an again makes it clear that there are rules to human conflict which must be followed:

“And fight in the way of God against those who fight you. But do not transgress the limits. God does not love transgressors” (Quran 2:190).

While we could explore more verses of the Qur’an which condemn suicide or killing in all forms, perhaps we are better served by looking at how Muhammad respected, preserved and cherished life over death.

During the pre-Islamic period of Muhammad’s life, violence and retaliation were commonplace on the peninsula of modern-day Arabia. Warfare between extended family networks in cities like Mecca caused great harm to many groups.

Muhammad struggled to end these kinds of divisions and tribal mentalities. He united the rivaling Arab tribes and brought together Jews, Christians and Muslims in several contracts including the Constitution of Medina and the Covenants with Christians. Above all else, Muhammad had focused on the divinity of all living things as the fundamental building block of his nation.

Prophet Muhammad laid out a set of points which are known today as “Muhammad’s Commands in Wars.” The list embodies the emphasis that he placed on the sanctity of life.

O people! I charge you with 10 rules; learn them well… for your guidance in the battlefield! Do not commit treachery, or deviate from the right path. You must not mutilate dead bodies. Neither kill a child, nor a woman, nor an aged man. Bring no harm to the trees, nor burn them with fire, especially those which are fruitful. Slay not any of the enemy’s flock, save for your food. You are likely to pass by people who have devoted their lives to monastic services; leave them alone.

Muhammad’s rules of war, as activist and human rights advocate Qasim Rashid notes, “permit defensive fighting against active combatants while forbidding harm to anyone or anything else – human, animal, property.” We can also assume that the Prophet would command his people that harming one’s self is strictly forbidden.

Perhaps my favorite story on the respect that Muhammad had for human life is noted in a hadith.

Muhammad and his companions were watching a funeral procession go down a street in Medina. In respect of the dead body, the Prophet stood up as the procession crossed in front of him. As he rose to his feet, a companion turned to Prophet Muhammad and commented: “This is a funeral of a Jew. He is not a Muslim.” Disappointed by those words, Muhammad responded back with a question: “Is he not a human soul?”

The message of this story is clear: Muhammad had a deep appreciation for life irrespective of race or creed, and he also hoped that human beings would not respond to injustice by doing further harm to themselves or others.

Prophet Muhammad’s life and legacy bring us to a natural concluding point – jihad, or the spiritual struggle against one’s self. My own lectures at Rice University in Houston, Texas, focus on jihad as a peaceful and humanitarian concept, and not a term which stands for suicide bombings or “holy war,” a frequent mistranslation which appears in the media. Considering the Qur’anic passages condemning suicide, and the Prophet’s own teachings on the sanctity of human life, it is reckless to place an act like suicide bombing within the realm of jihad. The greater jihad is to bring peace and justice without having to harm anyone.