That is what worship is all about: your purification and elevation in iman (faith) and taqwa (piety).

Good Deeds Will Get You Closer to Allah

But had they done what they were exhorted to (do), it would have been better for them; and would have strengthened/stabilized their (faith). (An-Nisaa’ 4:66)

Narrated Abu Hurairah that Allah’s Prophet (peace be upon him) said:

“Allah said: ‘Whoever harms a wali (a friend or a supporter) of mine I will declare war against him. And my servant has not drawn closer to me with anything more beloved to me than what I made obligatory on him (faridah). And he continues to draw closer to me with nawafil (the preferable non-obligatory deeds) until I love him; And when I love him I become his hearing with which he hears, and his sight with which he sees, and his hand with which he strikes, and his leg with which he walks, and if he asks Me, I will give him, and, if he seeks refuge in me, I will protect him and, I do not hesitate to do anything as I hesitate to take the soul of the believer for, he hates death and, I hate to sadden him’” (Al-Bukhari)

Why We Worship God?

In fact that is what worship is all about: your purification and elevation in iman (faith) and taqwa (piety), for Allah will not benefit from your worship. In a hadith qudsi (divine hadith) Allah said:

So when fasting was prescribed for you, it was to bring you closer (i.e., closer to Allah), Allah said:

And when you make Hajj and slaughter the sacrifice it is that you may get closer to Allah. Allah said: It is neither their meat nor their blood that reaches Allah but, it is piety from you that reaches Him. Thus, have We made them subject to you that you may magnify Allah for His Guidance to you. And give glad tidings to the good doers. (Al-Hajj 22:37)

And when you give charity it is to get closer, Allah said:

Take alms from their wealth in order to purify them and sanctify them with it, and invoke Allah for them. Verily! Your invocations are a source of tranquility for them; and Allah is All-Hearer, All-Knower. (At-Tawbah 9:103)

The article is an excerpt from the paper “Acts of Worship as a Means to Strengthen the Attachment between the Servant and his Lord” by Dr. Hatem Al-Haj which was prepared for a conference in Austin, Texas, 2002. It first appeared at drhatemalhaj.com.

Tawheed is to single out Allah (Exalted be He) in what is distinct to Him and obligatory for Him. That is, for the slave to know for certain that Allah is One with no partner in His rububiyyah (lordship), His uluhiyyah (servitude) and His Names and Attributes. 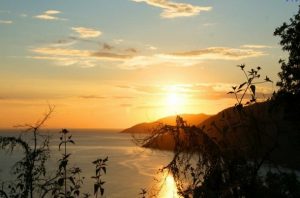 Allah is One with no partner; One unparalleled in His essence, His names, His attributes and His actions.

It further means that: The slave knows for certain and acknowledges that Allah alone is the Lord and Sovereign of everything; that He alone is the Creator, the Ever-Living and the Sustainer of all that exists who alone maintains the whole universe; that He alone is worthy of worship with no partner; that everything which is worshipped besides Him is false; and that He possesses attributes of perfection, free of every imperfection and deficiency, and to Him alone belong the best names and loftiest attributes:

The Fiqh of Tawheed

Say, ‘He is Allah, (Who is) One; Allah, the Self-Sufficient Master; He neither begets nor is He begotten; nor is there any equivalent to Him.’ (Al-Ikhlas 112:1-4)

That is Allah, your Lord; there is no god (worthy of worship) except Him, the Creator of all things, so worship Him. And He is Disposer of all things. No vision can grasp Him, but His Grasp is over all vision; and He is the Most Subtle, the Well-Acquainted. (Al-An`am 6:102-103)

He is the True God who alone is worthy of worship besides everything else due to the perfection of His essence, His majesty, His beauty and His graceful kindness; and to Him alone belong the best names and loftiest attributes:

He is the All-Wise, the All-Knowing who does what He wills and commands what He desires:

Surely, His is the creation and the command; blessed is Allah, Lord of the worlds. (Al-A`raf 7:54)

He is the First and the Last, the Most High and the Most Near; and He is the All-Knower of everything. (Al-Hadid 57:3)

He is the True Sovereign in whose hand is everything, while nothing is in the hand of anything besides Him. So turn to Him alone with no partner:

Blessed is He in Whose Hand is the dominion, and He is Able to do all things. (Al-Mulk 67:1)

The article is an excerpt from the author’s book “Summarized Islamic Fiqh In Light of the Qur’an and Sunnah”, translated by Kamil Ahmad & Jawad Beg

This is the phrase of Tawheed (the concept of the Oneness and Uniqueness of Allah). Due to this concept Allah brought the creation into being, and due to this concept He created Paradise and Hellfire. Allah (Exalted be He) says: 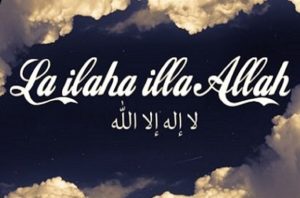 This is the belief which all the Prophets and Messengers called to.

And I have neither created the Jinn nor humans except to worship Me. (Adh-Dhariyat 51:56)

This is the belief which all the Prophets and Messengers called to, from Adam, the first Prophet, to Muhammad, the last messenger (peace be upon them all). Allah says:

And we have not sent before you any messenger except that We have revealed to him that there is no deity that is worshipped in truth except Me, so worship and obey Me. (Al-Anbiyaa’ 21:25)

Meanings of the Shahadah

– There is no Creator of this existence except Allah. Allah says:

Such is Allah, your Lord! La ilaha illa Huwa (none has the right to be worshipped but He), the Creator of all things. So worship and obey Him (Alone), and He is the Wakeel (Trustee, Disposer of affairs, Guardian, etc.) over all things. (Al-An`am 6:102)

– There is no True Master and Owner present in this existence except Allah. This is known as Tawheed Ar-Rubobiyyah, or the Oneness of Allah in His Attributes of Lordship. This is the belief that there is no Creator, Sovereign Master, Administrator, Provider, Sustainer, and Owner except for Allah:

Surely, His is the Creation and Commandment. Blessed be Allah, the Lord of the ‘aalameen (mankind, Jinns and all that exists)! (Al-A`raf 7:54)

– No deity deserves servitude and worship except Allah. This is known as Tawheed Al-Ulohiyyah, or the Oneness of Allah in His Worship. This is the belief that no worship should be directed to any except Allah. Allah says:

No doubt! Verily, to Allah belongs whosoever is in the heavens and whosoever is in the earth. And those who worship and invoke others besides Allah, in fact, follow not the (Allah’s so-called) partners, they follow only a conjecture and they only invent lies. (Yunus 10:66)

– All the Names and Attributes of Allah are perfect and complete. This is known as Tawheed Al-Asmaa´ wa As-Sifaat, that Allah has all the Best of Names and Attributes, and that there are none equal, comparable to, or like them. He is high above and free from all faults and shortcomings. Allah says:

And (all) the Most Beautiful Names belong to Allah, so call on Him by them, and leave the company of those who belie or deny (or utter impious speech against) His Names. They will be requited for what they used to do. (Al-A`raf 7:180)